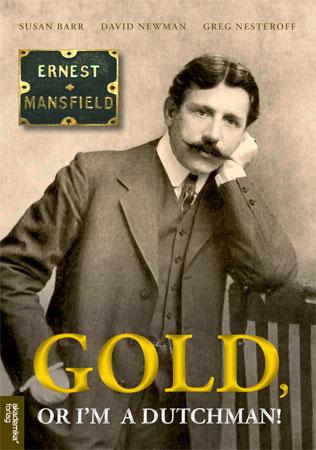 ‘Gold, or I’m a Dutchman!’ Ernest Mansfield exclaimed as he pored over specimens of rock and sand that the local rector had brought back from Svalbard to the small English village of Goldhanger. His unshakable belief in the ultimate strike sent Mansfield into the Arctic as one of the pioneers of the ‘Klondike period’ in Svalbard and established his name amongst the unforgettable historical personalities of the time. His flamboyant style and lavish, self-promoting writings give us today nuggets of information about the man, and leave some tantalising questions about his true character. In this book we follow Ernest Mansfield’s tracks through three continents: from his native England to New Zealand, Canada, Scotland, and Svalbard, and back to England – with forays into Australia and northern USA. He left behind him material traces in the form of half-attempted mine workings and quarries, huts and miners’ living quarters, machinery, and abandoned tools. He also left behind books, poetry, and newspaper articles. Perhaps most of all, he left behind an aura of mystery about himself and a legend in the history of an Arctic archipelago.